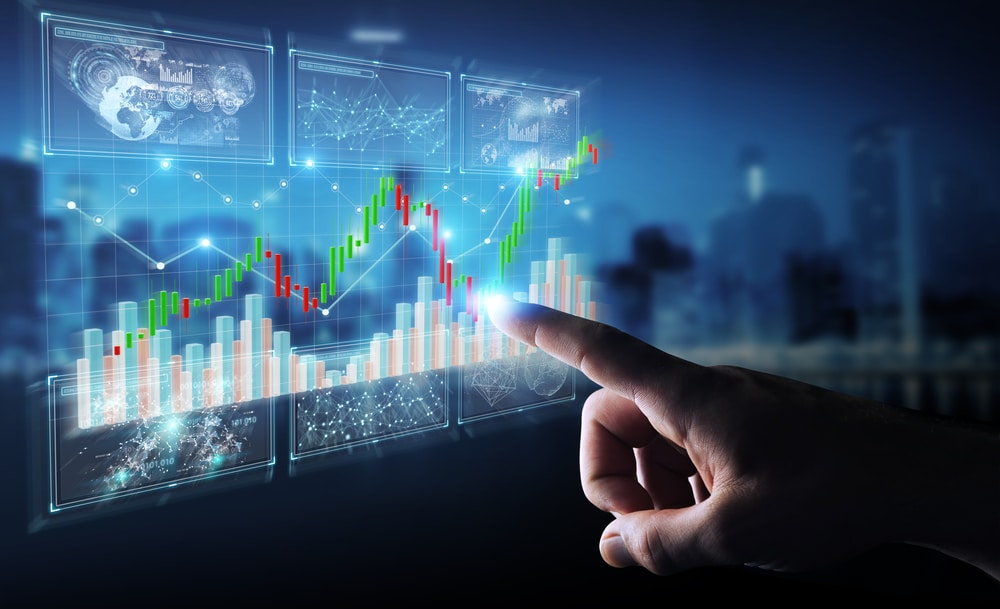 More than $90 billion in market value has been wiped off in the aftermath of Bitcoin plunging below the $30,000 level. After failing to find support above the $33,000 level, BTCUSD felt the full force of bears, Tuesday morning, plunging more than 6%.

While the pair currently trades at the $29,440 level, it remains susceptible to drop to the $28770 level, which happens to be one-month lows.

A breach of the one-month lows could result in BTCUSD plunging to seven-month lows of $28,300 level. As Bitcoin fell by more than 6%, XRP recorded double-digit losses dropping 10% as ETHUSD also fell by nearly 9%.

Bitcoin sell-off comes at the backdrop of a massive crackdown in China that has significantly taken a toll on the flagship cryptocurrency sentiments. Major regions that were at the heart of mining operations have been forced to shut down operations.

Additionally, the sell-off in the cryptocurrency market comes a day after a big sell-off in the stock markets. The Dow Jones Industrial Average is recording its worst day since October of last year.

In the forex market, the New Zealand dollar fell to nine months lows against the dollar. After initially breaching the 0.6900 support level to session lows of 0.6880, the pair did bounce back, waiting to see if the bounce back will hold.

With the New Zealand dollar remaining the weakest among the G10 currency, the likelihood of the NZDUSD pair edging lower despite the bounce back is high.

The NZDUSD needs to stabilize above the 0.6900 level to avert further sell-offs.

Weighing heavily on the New Zealand dollar is a resurgent US dollar attracting more bids as a safe haven. Investors are increasingly flocking to safe haven in response to a spike in coronavirus cases worldwide that continues to arouse concerns about the global economy.

A sell-off in oil price also weighs heavily on the NZDUSD pair, a situation that has been compounded by hawkish expectations by the Reserve Bank of New Zealand.

On the other hand, the EURGBP powered to one-month highs as the British pound weakened against the euro, which also remains under pressure. EURGBP powering and finding support above the 0.8600 level affirms euro strength against the pound.

The British pound is under immense pressure for the second day running a day after the easing of COVID-19 restrictions.

Gold resilient against the dollar

In the commodity markets, gold is holding firm amid a strengthened US dollar. XAUUSD bounced back after the Monday sell-off and continued to gather steam, with the pair powering to the 1818 level.

However, it appears to have hit strong resistance near the $1820 level.

Gold is attracting bids in the forex market as investors continue to run away from risky bets after a spike in coronavirus infections. The risk of a slowdown in economic growth is fuelling fears in the market, resulting in a spike in bets on the precious metal considered as a safe haven.

US stock futures were trending higher Tuesday morning after one of the biggest routs in the stock market since October. US stocks fell aggressively on Monday, sending all the major indices down as investors reacted to a spike in coronavirus cases, a situation compounded by inflationary pressures concerns.

The sell-off in the equity market coincided with the 10-year Treasury yield reaching five-month lows of 1.17%, all but fuelling concerns about an economic slowdown.

Profit from price movements with automated trading
These forex systems benefited the most from the volatile start of 2021. Choose the prime automated trading solutions from this list and profit from market news with ease.
View Robots
Tags: Bitcoin, BTCUSD, EURGBP, NZDUSD, XAUUSD