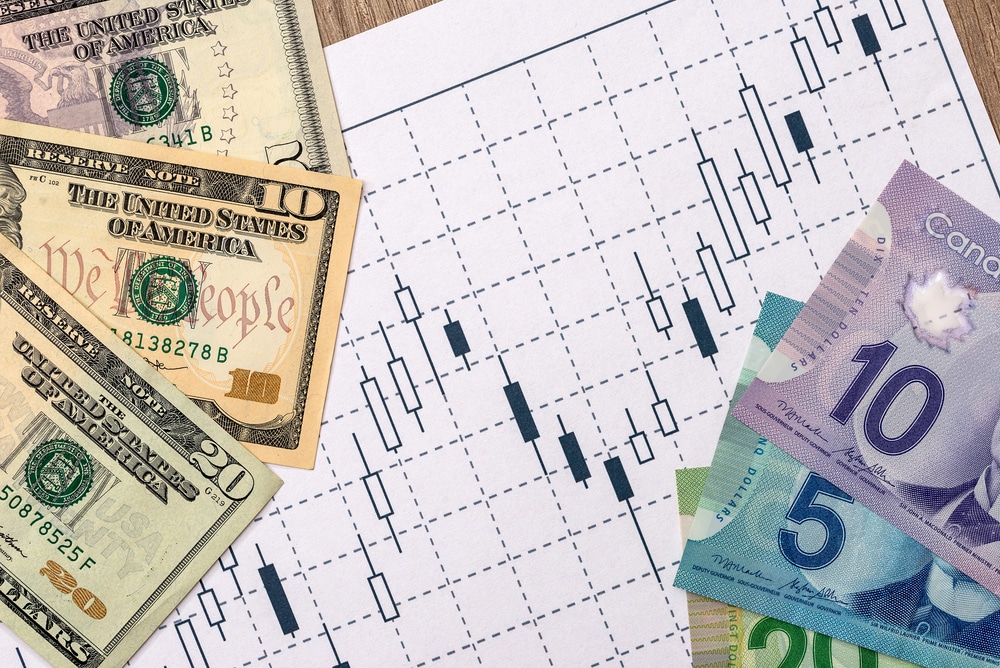 The USD/CAD price is forming an inverse head and shoulders (H&S) pattern ahead of the US nonfarm payrolls and Canada’s January jobs numbers that will come out on Friday. The pair is trading at 1.2805, which is slightly below this week’s high of 1.2880.

The Canadian economy is making a strong recovery after going through its worst contraction in modern history. This comeback has been helped by the large stimulus package offered by the government and the substantial increase in crude oil prices.

Data released this week showed that the Canadian economy continued to improve in January. The manufacturing PMI data by Markit and RBC showed that the PMI declined from 57.9 in December to 54.4 in January. A PMI reading of 50 and above is usually a sign that an industry is expanding. On Friday, the USD/CAD will react to further PMI data by the Ivey Institute.

On the same day, the pair will react to the latest employment numbers from Canada. Economists polled by Bloomberg expect that the economy lost about 42,000 jobs in January after shedding another 62,000 in the previous month. This decline will possibly be because of the decision by Joe Biden to end the Keystone XL pipeline that employed more than 11,000 people.

Economists also expect the data to show that the unemployment rate increased from 8.6% to 8.9%, while the participation rate remained unchanged at 64.9%.

Other important Canadian numbers that will come out on Friday are the December trade numbers.

US Jobs in focus also

The USD/CAD has also formed the H&S pattern ahead of the important employment data from the United States. On Wednesday, it confirmed that the economy added more than 140,000 jobs in January as some states started to ease movements. This was a sharp reversal from what happened in December when the economy lost jobs.

The official jobs numbers from the US will come out on Friday. Economists believe that the situation made a modest improvement in January as the nonfarm payrolls are set to increase by 50,000 after dropping by 140,000 in the previous month.

The unemployment rate is set to remain unchanged at 6.7%, while the average hourly earnings are set to increase by 5.1%.  The average weekly hours are expected to remain at 34.7.

The USD/CAD is also reacting to the overall higher crude oil prices. The price of the West Texas Intermediate (WTI) has risen by 0.80%.to $56, while Brent has risen by 0.26% to $58.84. Analysts believe that the price will rise to $60 in the near term.

On the daily chart, we see that the  USD/CAD has been in a sharp downward trend in the past few months. The price has dropped by more than 12% from its highest point in 2020. The price also seems to be rising above the 25-day, and 15-day smoothed moving averages. Also, a closer look shows that the pair has formed an inverse head-and-shoulders pattern whose neckline is at 1.2876. Therefore, in the near term, there is a possibility that the price will bounce back and test the next resistance level 1.3000.

Crispus Nyaga is a financial analyst, day trader, and investor with close to a decade in the industry. He has been fortunate to provide in-depth analysis to FXAudit.com and companies like easyMarkets, ATFX, OctaFx, and Capital.com. He also publishes his analysis on Seeking Alpha. Focus: American equities, currencies, commodities, and cryptocurrencies