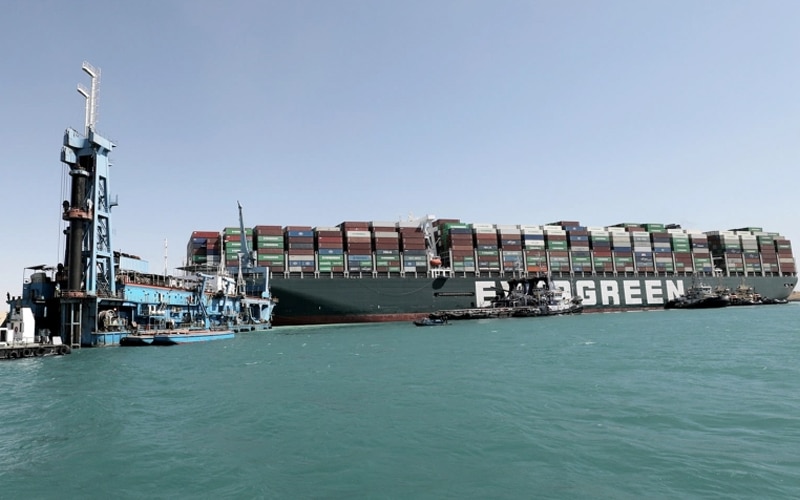 Suez Canal Authority says the giant container ship blocking the Suez Canal was partially refloated on Monday, according to CNBC. The Ever Given ship has been corrected by 80% and further maneuvers will resume when the water level rises later in the day.

It remains unclear if the condition of the stranded ship and when the canal would be open to traffic.

The Suez Canal Authority said maritime traffic will resume once the vessel is fully floated and directed to the lakes area, for technical inspection.

Efforts to free the 220,000-ton mega ship, with 20,000 container capacity have lasted for nearly a week after getting stuck last Tuesday.

At least ten tankers and container ships have changed course to avoid the logjam at the canal.

Experts say it will take a while for the supply chain to get back to normal due to build up traffic along the narrow canal.

The Suez Canal blockage disrupted more than $9 billion worth of goods, which translates to about $400 million per hour.

Profit from price movements with automated trading
These forex systems benefited the most from the volatile start of 2021. Choose the prime automated trading solutions from this list and profit from market news with ease.
View Robots
Tags: Suez Canal