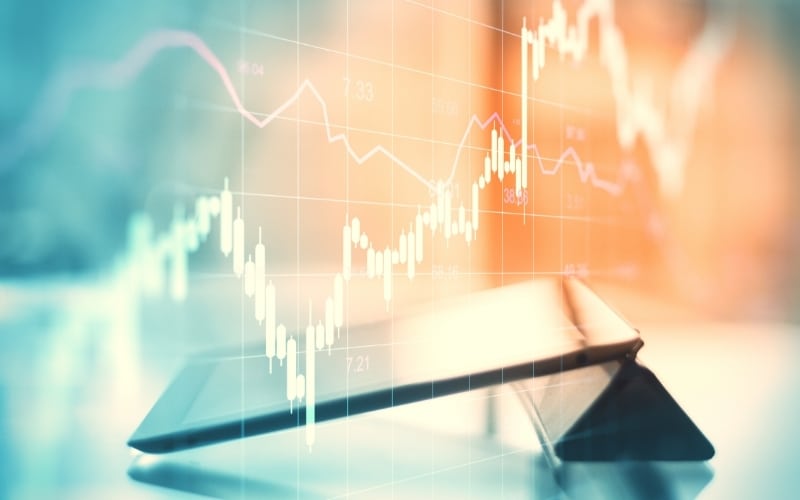 In this reversal pattern, point 1 shows the stock’s first rise after reversing its downward price movement. Point 2 shows a positive decline before rising to point 3. Points 4 and 5 complete the W-shape of the bottom pattern before it completes the bullish pattern. The two minor points (2 and 4) are the lower sections, while the three minor highs (1,3 and 5) indicate the reversal’s strength.

It is vital to differentiate the broadening bottom in appearance from the dead-cat bounce. The latter is a short-term reversal that describes a temporary rise in stock price, followed by the continued downtrend. The broadening bottom forms after it announces the beginning of the recovery process. The main features of this pattern are shown below:

For example, in figure 1, the breakout is seen after point 5. The stock rises above $26. The breakout price is thus $26.

The 5-point reversal pattern is a rare formation that depicts a partial decline and an uptrend in prices.  To explain figure 2, here is a graphical representation of the broadening pattern.

A bullish exit of the pattern forms in almost 58% of all broadening bottom analysis cases.  In the case of a bearish market, the exit takes place when the price range is in the lower third of its annual range.

In a bearish pattern, the trader will determine the difference between the highest and lowest points of the formation before adding it to the minor low.

A broadening bottom is a divergent (triangular) pattern formed after the trading pair or stock begins a bullish reversal from a downtrend in price. It differs from the broadening top in that the top design is developed when prices are in an uptrend before hitting a reversal pattern. It joins a five-point reversal formation, with the first point being the beginning high point then followed by the minor lows. There are two minor lows and three nominal highs in the broadening bottom.

The trader should measure or compute the difference between the highest and lowest points in the bottom and add or subtract to get the price objective. They should also use the highest point in the pattern to identify the breakout point. Correct application of this point helps to estimate the target price of the security. Use the stop-loss when you evaluate a partial or long decline in prices.

Forex vs. Futures: Which One Is for You?

Strategies For Value Investing In Stocks

Investing in a Down Market – Trader’s Dilemma and Learnings