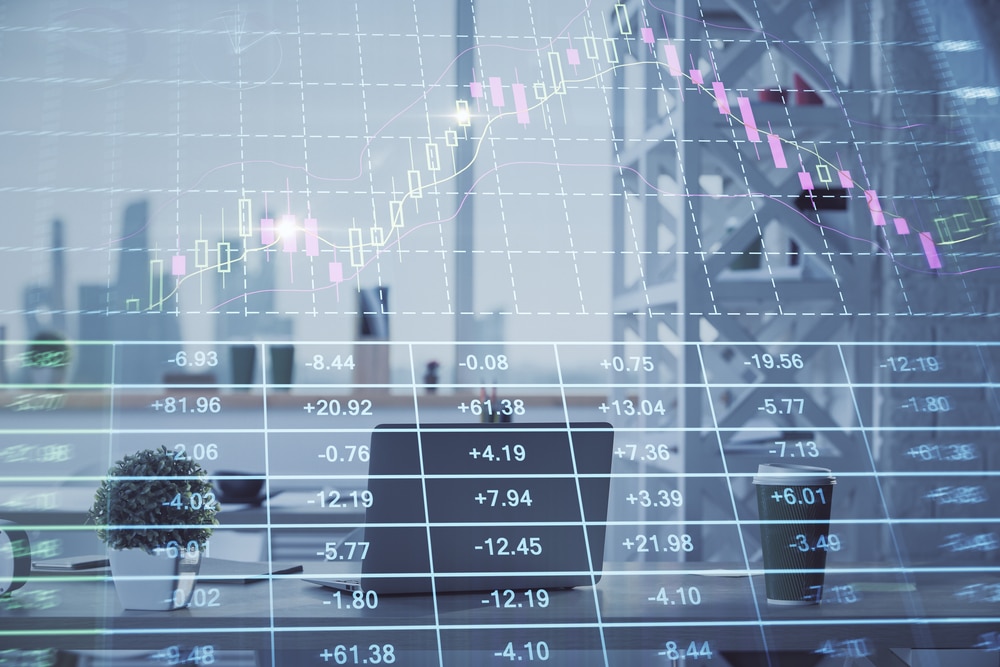 Joe Biden has big plans. In the first two months of his administration, the President managed to push a $1.9 trillion stimulus package that provided $1,400 stimulus checks to individuals. In his next act, he announced a record $2.3 trillion infrastructure plan. His goal is to help rebuild the crumbling American infrastructure like airports, roads and bridges, broadband, and the housing sector. In this article, we will look at the 5 top companies that will benefit from this plan if it passes the two houses of congress.

As part of his infrastructure package, Biden will need a vast amount of cement, aggregate, and asphalt. To get these products, the administration will turn to many local companies that produce them. It will also use the most prominent enterprise of them all. Martin Marrietta is a company that provides these solutions to companies and local governments.

It operates in 26 states and has thousands of employees. Further, it has a market capitalization of more than $21 billion and annual revenue of more than $4 billion. It is a highly profitable company that makes almost $800 million in yearly profit.

There are several reasons why Martin Marrietta is a good infrastructure play. First, it has operations in most states, meaning that it can quickly increase capacity to meet demand. Second, as a leading employer, it has the upper hand in the bidding process.

Third, fundamentally, it has a good balance sheet, with more than $207 million in cash and short-term investments. Finally, its dividend is safe because of the 20% payout ratio and its higher margins compared to its peers.

Vulcan Materials is a publicly-traded company valued at more than $22 billion. It has an annual revenue of more than $4.8 billion and a forward price-to-earnings (PE) ratio of 33.8. It makes more than $584 million in profit annually. It owns 360 aggregate facilities in the US and 120 facilities for asphalt and concrete. This makes it the biggest aggregate firm in the US.

Meanwhile, the company has a dividend yield of 0.81% and a payout ratio of 29.2%, making it safe. It also has a strong balance sheet, with more than $1.1 billion in cash and short-term investments. Therefore, as a leading player in the aggregate industry, the company will benefit because of higher demand and higher prices.

To build infrastructure worth trillions of dollars, the Biden administration will need heavy machinery like excavators, motor graders, backhoe loaders, dozers, and compactors, among others. This is a highly competitive industry globally, with companies like Hyundai, Caterpillar, Deere, and Komatsu competing.

Still, this being an American infrastructure project, most of the construction contracts will go to American companies like Caterpillar and Deere. Caterpillar is the biggest player in the industry. It has a market cap of more than $125 billion and is a member of the Dow Jones index.

Caterpillar makes a good investment for several reasons. First, as America moves to a massive rebuilding project, it will require a lot of equipment. Most of these will be sourced from Caterpillar, which has a lot of experience working with government and local governments.

Second, Caterpillar is a dividend aristocrat that has paid dividends for more than 25 years. Its payout ratio is at 47%, which makes it a safe dividend investment. Third, the company has a healthy balance sheet, making it a safe bet. Most importantly, it has a good international presence.

Steel is an important component of any large-scale infrastructure project. It is used in roads and bridges, airports, high-speed railway systems, and other projects. Therefore, the Biden administration will need to source a lot of steel and other metals to accomplish this.

In addition to this, other reasons for investing in Nucor is that Biden could remove the tariffs put by Donald Trump. Also, it has a stable balance sheet, which could be boosted by the increased income from the construction boom.

For one, it is a leading manufacturer of wind turbines that will likely be part of the infrastructure project. In the past few years, it has also added solar into its portfolio. It has added more than 7.5 gigawatts of the solar installed base. This could accelerate as Biden plans to shift the country’s energy sources to clean energy products.

Also, GE could benefit as the global aviation industry rebounds after tumbling because of the coronavirus pandemic.

While the infrastructure project will add to the US national debt, it will benefit many companies such as those we have mentioned above. Other firms that will benefit are John Deere, Eaton, Dow, United Rentals, and HD Supplies, among others.

4 Books on Commodities Every Investor Should Read

5 Alternative Assets to Invest in

5 Best Financial Stocks To Invest In For The Long Term